What Can Graphene Do

What can Graphene do and what Is Graphene?

You can’t open a tech site today and NOT find something about Graphene, the material some scientists say will change almost every aspect of our lives. But what is Graphene? Read on to learn about it’s amazing properties and the almost unlimited uses for this Age-defining material.

Lately, companies like Samsung, Apple, Sony and IBM have been chasing down the same material, they want to be the first to get their hands on Graphene.

“Graphene” is a combination of graphite and the suffix -ene. It was a term coined by a scientist, Hanns-Peter Boehm. He described it as single-layer carbon foils in 1962. That is, “graphene” is the individual carbon layers in graphite – simple enough, right?

Graphene is a chicken-wire-like structure of carbon atoms. It is highly conductive, incredibly light-weight and 200 times stronger than steel. It’s been said that it would take the weight of an elephant standing on a pencil to pierce a layer of Graphene – but then IT WOULD REPAIR ITSELF! 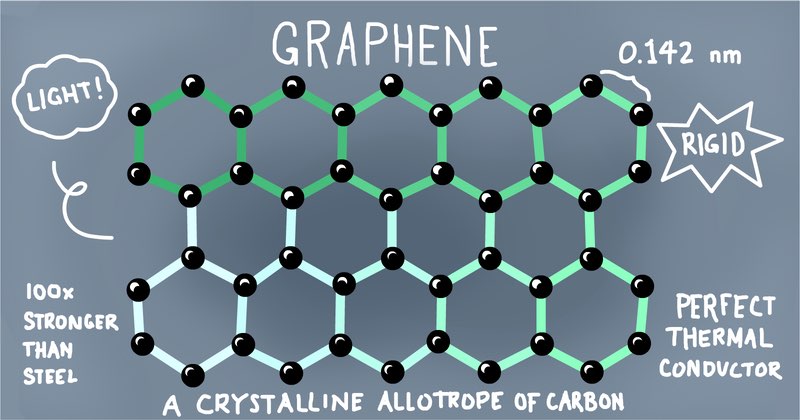 What Can Graphene Do?

Here are a few of the almost endless uses for this material:

Are There Limitations To Graphene And What Can Graphene Do?

So what can’t it do? In one study, researchers in Northwestern University found that certain Graphene sheets made with water, although stronger than steel, will break down when put in contact with water again – not good for that airplane ride! 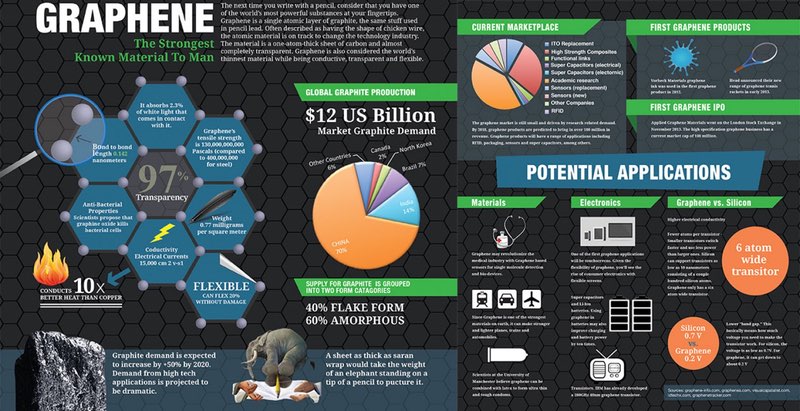 What Can Graphene Do?

Where Does It Come From?

Graphene is made, not found in nature. Those burned cookies in your oven have enough carbon to make a Graphene sheet large enough to cover a football field! That’s about $5 billion worth of graphene! Researchers are able to make high-quality graphene from a variety of materials including chocolate, grass, polystyrene plastic, insects (a cockroach leg), and dog feces! What??

Scientists have been racing to find ways to drop the manufacturing price of $20,000 per pound down to less than $1! This has made Graphene a viable mainstream option. Graphene works as both a semiconductor and a normal metal. According to researchers Sahoo and Dutta at the NIT in India, “It provides a bridge between condensed matter physics and quantum electrodynamics.” That means they need to find a new category for this wonder material!

Graphene is truly a material that will change our future. The uses are only starting to become apparent. While the cost of production from carbon is quickly becoming reasonable, the value is hard to imagine. Huge multi-billion dollar industries will either climb on board the Graphene train or get left at the station in the coming years. It’s going to get exciting!